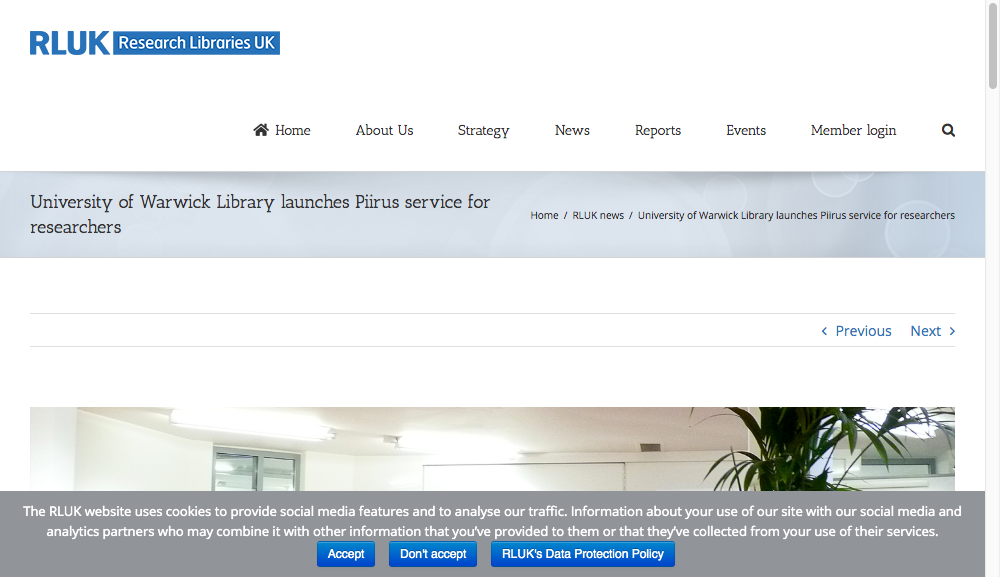 In its most basic form, Piirus featured academic profiles populated with key words indicating interest areas. The system then algorithmically matched profile creators to other early-career researchers with profiles on the platform. Crucially, matching was not direct and based on similarities, but based on complementary relationships – the aim was to pair people doing related, but slightly different research to maximise the potential for innovative, cross-disciplinary collaboration. Longer-term plans for the platform included using more sophisticated techniques to mine data, and to enable matching between complementary but not identical research interests using neural networks. The platform sought to introduce researchers with contrasting but mutually beneficial expertise and interests who would not otherwise meet.

When it was first created, Research Match started to be used internally at Warwick University, and spread quickly by word of mouth. Based on this initial success, a small team within the university decided to take the tool beyond the University, raising funds to hire a company to build the software.

The initial early internal successes of Piirus failed to make a wider impact. The project encountered organisational and technical challenges around academic logins, and wider uptake faltered. A plan to embed the tool within Jobs.ac.uk, another University of Warwick spinoff project, was attempted but later abandoned, and the project is currently dormant.

Strengths: Piirus addressed a problem that users recognised. Numerous universities around the UK currently try to address this problem by running early career researcher networks, but these seem to be traditional, based on in-person networking events, and confined to single universities – unlike Piirus, which sought to expand beyond its point of origin.

Weaknesses: Piirus’s matching technology was unsophisticated, though development of this aspect was planned. By relying on academic logins to gain access to the platform, Piirus also embroiled itself in technical and administrative difficulties that may have been avoided had the platform found an alternative way of granting access to its target community while keeping others out.

Solving a real problem allowed Piirus, in its earliest incarnations, to spread quickly without marketing. In the absence of other interdisciplinary collaboration-matching tools for early-career academics, the platform’s idea may have mileage in it yet.